Johnny Bach spills his guts on the 90′s Bulls.

We should’ve posted this a while ago. But, being the notorious faggots that we’re reknowned for being, we decided to elusively post it to the forum first. It should be noted that this entire 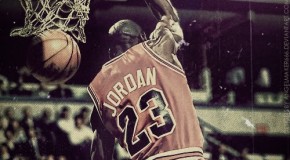 Mixmakers’ and Basketevolution’s own LK12Productions has debuted his Michael Jordan movie finally after months of gathering and editing clips.  It’s two parts, just over 18 minutes long but every minute is enjoyable. Check this is getting ridiculous OCCUPY...