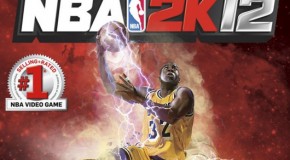 It appears the most anticipated sports game of the year, now not far from release, has had its Video Introduction leaked. It’s unclear at this point as to whether or not the different cover Good news gamer dudes, The NBA 2K12 demo is available on XBox Live and PS3.  I woke up at 5 am to study (and download the demo).  Unfortunately, I suck at multitasking so the