Charles Woodson with the sucker punch in Season Opener

Tonight was opening night of the latest NFL season (thank goodness we avoided at least one lockout), with the last two Super Bowl champs facing off against each other. The matchup between the New

How good of a coach would he be if he could deal with egos? Imagine that 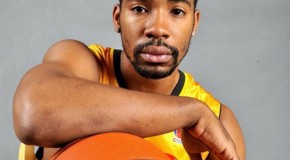 Javaris Crittenton was best known for being a (basically irrelevant) part of the trade that sent Pau Gasol to the Los Angeles Lakers in 2008 (Crittenton was sent to the Memphis Grizzlies). More recently